When someone calls 9-1-1, it’s essential that emergency responders answer. In many ways, a police department’s ability to respond to situations is only as good as the communications equipment they use to coordinate that response.

There are several steps involved between the time a person calls the emergency line and when a first responder appears on the scene. If those lines of communication break down, then so does the response. Luckily, with two-way radio solutions from Radio Communications of Virginia, police work can be more efficient than ever.

Radio Communications of Virginia has been Virginia’s leading wireless solutions provider for over 60 years. We have specialized expertise in equipping public safety departments with state-of-the-art technology that saves time and effort.

The best police work comes from teams that can communicate effectively and respond quickly. Keep reading to see how your police department can elevate its services with streamlined tech.

Choosing the right communications solution is serious business. After all, this equipment is going to be the lynchpin in responding to emergencies and potential life-or-death situations.

When selecting two-way radios for your law enforcement fleet, there are many features to consider, including:

The Importance of Interoperability 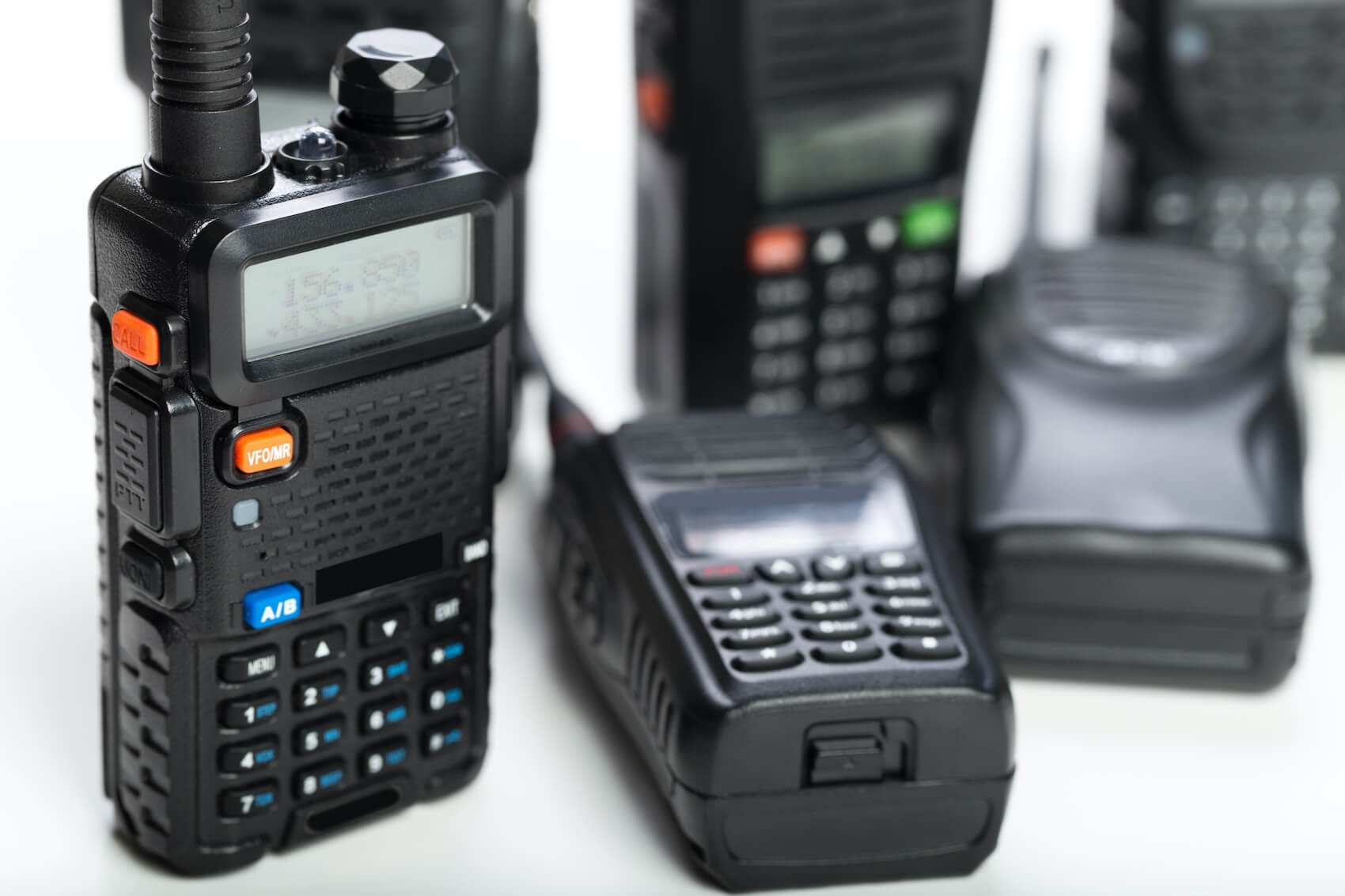 Two-way radios for police must be operable on certain channels and networks. Emergency response teams tend to be funded and organized at the local level, but that can lead to communication issues when neighboring jurisdictions use incompatible radios. By equipping first responders with interoperable radios, organizations can cooperate and respond to larger-scale emergencies more quickly. When every second counts, connectivity makes all the difference.

P25 radios, or Project 25 radios, are digital two-way radios that meet stringent durability and communications standards, and are designed with first responders in mind. These radios are essential for police and first responders because they are all interoperable, which reduces the time it takes for disparate teams to coordinate in an emergency.

With P25 radios, police departments can:

FirstNet, or First Responder Network Authority, is a high-speed, nationwide wireless broadband network specifically for first responders that began rollout in 2012. In crises that affect very large areas, like a hurricane or wildfire, FirstNet ensures that communications stay clear and open, even across state lines. With FirstNet, first responders save time responding to emergencies—and in turn, can save more lives.

FirstNet helps first responders on the scene, and it also helps all the personnel who make things happen behind the scenes. With a high-speed, nationwide broadband network, dispatchers can call on first responders from other areas for a streamlined effort in major emergencies.

Implementing FirstNet compatibility is currently optional; however, as more first responders experience firsthand how lifesaving it can be, more two-way radio manufacturers, including Motorola Solutions, are adopting the guidelines for many of their product lines. When considering how to grow your police department’s radio fleet, ask for FirstNet-connected radios—they’ll prepare first responders for the future.

No two days on the job in public safety look the same. Police forces need two-way radios that can handle everything they face.

At Radio Communications of Virginia, we often recommend the Motorola APX line. It is a suite of two-way radios designed specifically for law enforcement and first responders. This line offers several different two-way radios, including a high-heat-resistant portable created with input from firefighters.

One of the best two-way radios for law enforcement is the Motorola APX NEXT™, a smart radio designed with public safety in mind. No need to choose between brains or brawn—this is as tough as it is intelligent.

The APX NEXT™ is operable in almost any environment. The touchscreen can be used with gloves on, in the rain, and in all lighting conditions. Thanks to a tough exoskeleton, drops don’t spell disaster.

This radio automatically switches voice communications between P25 and broadband, and that’s just the start of its smart features. The APX NEXT™ is ultra-connected, operable on all bands, as well as public safety LTE, Wi-Fi, Bluetooth, and NFC (near field communication).

It also acts as a personal public safety assistant that can streamline day-to-day operations. Ask ViQi™ to check a license plate, change a channel, and run a driver’s license.

It’s as easy as issuing a simple command: “Run license plate whiskey-tango-bravo-6-4-3.” Using this voice command, ViQi™ software can search law enforcement databases and read any applicable results out loud. With this technology, police officers can streamline their processes without taking their eyes away from a scene, helping to maintain increased awareness of their surroundings.

This tech is worth the investment because it saves time and money in the long run. Plus, as it reduces the amount of time spent on routine work, officers have more time to focus on their communities.

The APX 8500 multi-band mobile two-way radio from Motorola Solutions is another P25 product in the APX line that will help emergency response teams. It offers extreme capability, making and receiving calls on multiple radio bands, as well as digital channels. Plus, it is equipped with encryption to keep all calls private and secure. 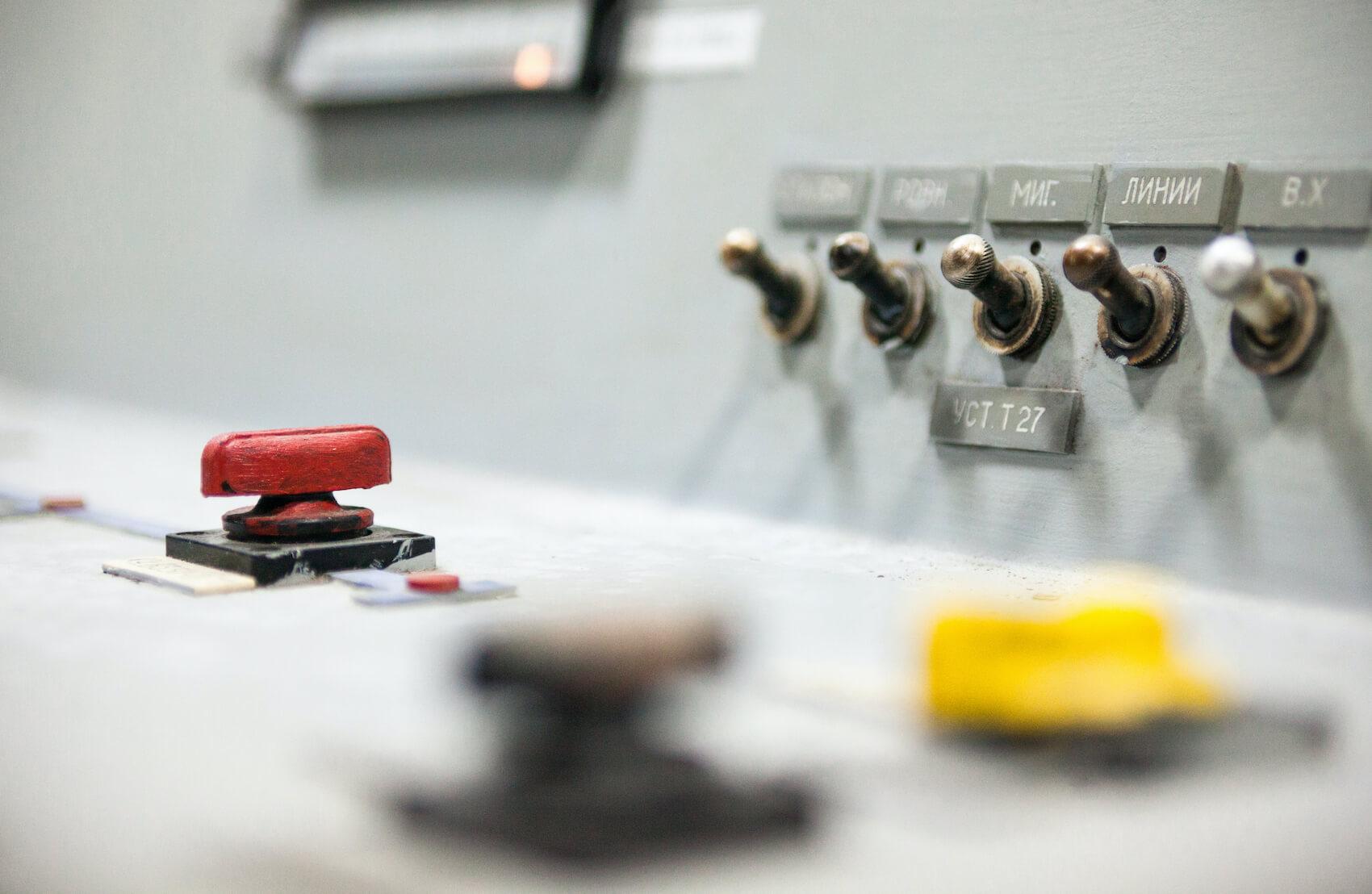 Dispatch consoles play an integral part in law enforcement. Between the time that someone calls 9-1-1 and an officer arrives to the scene, there are personnel behind the scenes to make it all possible.

An emergency dispatcher, also known as a 9-1-1 operator, fields emergency calls and then contacts the appropriate response team—such as police officers, firefighters, or EMTs—to alert them of the call and send them to the scene.

For police, we often recommend the MCC7500. This Motorola Solutions dispatch console is IP-based and P25 compliant, meaning it is interoperable with other P25 systems for greater coordination across a large area.

Police departments work closely with EMTs; in fact, the majority of calls to 9-1-1 are for medical emergencies. Equip EMTs with pagers to send quick alerts. Fire departments, especially volunteer ones, can also benefit from pagers. When first responders can read a call for help quickly, they can jump into action even faster.

One of the best pagers for police departments and those they work closely with is the Motorola MINITOR VI™, a two-tone voice pager with a rugged, durable design that’s built with first responders in mind. Some of its most useful features include:

A day on the job can take a police officer just about anywhere. That’s why it’s essential to incorporate repeaters into the law enforcement communications fleet. Repeaters extend the range of two-way radio communications by receiving a signal and re-transmitting it at a more powerful frequency, increasing its range.

The APX P25 DVR-LX Digital Vehicular Repeater is compatible with all APX Motorola radios. Installing one in a police vehicle means that officers will have a reliable connection wherever the job takes them.

Our expertise extends to vehicle radio installation as well. We are happy to equip whatever vehicles you have with Motorola radios, organizational consoles, computer mounts, and audio and visual warning equipment, like sirens and flashing lights. Our vehicle installation solutions make additional equipment look like it came straight from the factory.

Video surveillance on the job increases safety for officers and civilians, and it reduces liability in the face of uncertainty. Radio Communications of Virginia supplies mission-critical body cameras built for police officers. With rugged, tamper-proof designs and automatic uploads to evidence libraries, body cameras are a smart investment for police officers because they help gather concrete evidence and build public trust.

Having an extra set of eyes on a situation makes it easier than ever to keep track of facts in chaotic situations, making for a safer community.

The state of Virginia wouldn’t trust just anyone with their E911 call handling equipment. That’s why they turn to Radio Communications of Virginia. We have been awarded the Virginia Information Technologies Agency State Contract to manage E911 equipment and software used in PSAPs.

PSAPs are Public Safety Answering Points, where dispatchers receive calls and then contact the appropriate first responders. Everything coming and going from PSAPs must be as efficient as possible to keep the public safe.

That’s where Next Generation 911, or NG911, comes into play. In 2003, the FCC started documenting the locations and readiness levels of PSAPs across the nation and found that the analog-based technology most centers relied on was less efficient—and therefore less safe. NG911 is a federal program that assists states in upgrading their emergency response infrastructure.

The goal of NG911 is to upgrade all PSAPs in the country to digital or IP-based systems, and thanks to our expertise, we get to be at the forefront of this exciting new technology, assisting first responders all over the state as they work to make our communities safer than ever before.

How Police Officers Benefit from NG911

Upgrading to digital technology will help communities resolve emergencies more quickly. With Next Generation 911, emergency response teams get a faster, more resilient system that can receive more calls, as well as receive text messages and videos.

In practice, this can look like sending a video of a robbery to a public safety communications center and then passing that footage along directly to the officers who will be approaching the scene. Armed with facts and photos, officers can make better-informed decisions on the scene.

Text message capabilities mean that someone who is unable to speak during an emergency can still reach out for help. There are many reasons why someone might not be able to speak on the phone, but can send a text: a disability, choking emergency, or an unsafe environment, for instance. Everyone is entitled to protection, and our work with the Commonwealth of Virginia helps make that a reality.

Increased capacity for messages in different mediums makes protecting the public faster and easier than ever. We are here to provide, install, receive, and upgrade all the hardware and software that makes these processes possible.

Integrate Communications Under One System

Another major benefit of NG911 upgrades is that they help departments integrate all their tech. Two-way radios, dispatch consoles, in-vehicle radios—with so many working parts to connect first responders, it’s important to have everything under one umbrella to keep communication lines clear and open.

At Radio Communications of Virginia, our engineers can craft and implement a custom, turnkey integration plan that makes all components of your communications fleet interoperable. Access body cam footage from different locations, pull up call logs from a smart radio, and more. Saving time and effort on communications means more time for response efforts.

When you’re on the job, you can’t afford to take time from the task at hand for communication issues. As the E911 expert for the state of Virginia, let us be your go-to resource for all your two-way radio and connectivity needs.

In the same way that police work requires seamless interactions behind the scenes, two-way radio systems require the highest-tech systems to work their best. The experts at Radio Communications of Virginia are the best in the state. Reach out to our team today to see how we can help your department protect and serve at the highest level.